Sewer School: What Are Stormwater Systems?

Stormwater runoff, which consists of rainwater and snowmelt, can cause issues in developed areas where impervious surfaces like roofs and pavement prevent precipitation from soaking into the ground. When water can’t be absorbed into the ground, it can accumulate and cause property damage and flooding, as well as spread disease.

What Are Stormwater Systems? 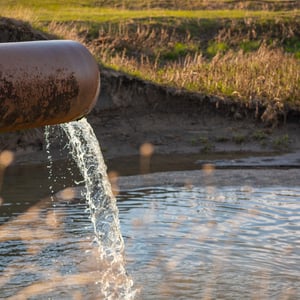 Stormwater systems collect, move, and sometimes treat stormwater runoff before it’s released into local waterways. After stormwater falls as precipitation, runoff flows over buildings and roads into storm drains or manholes. The runoff then travels through a series of pipes to a storage basin or water body. This process aims to limit the possibility of stormwater accumulating in streets, basements and other public areas.

Stormwater systems were created to protect infrastructure, the environment and communities from the risks that accompany stormwater accumulation. These systems vary greatly in scale and complexity; stormwater infrastructure includes (but is not limited to) gutters, catch basins, laterals, mainlines, junction chambers, manholes, and ponds. However, all stormwater systems share the same purpose: Manage stormwater to protect public health and ecosystems, remove pollutants from the water supply, and conserve water.

Why Are Stormwater Systems Important?

Runoff can cause storm and sanitary sewer system overflows, muddiness, erosion, sedimentation, and even changes to the water cycle. It can also pick up and deposit pollutants including trash, chemicals, dirt and bacteria, all of which eventually make their way into our waterways. Because stormwater has the potential to cause so much harm, the United States Environmental Protection Agency (EPA) creates and implements federal regulations to ensure that this runoff is limited and controlled. Stormwater systems and the guidelines that regulate them protect our water resources, including sewer water, from the effect of these hazards.

Population growth and the spread of urban development are big contributors to the amount of pollutants in stormwater and the rate of runoff on impervious surfaces. In other words, the more developed an area is, the more likely it is for large quantities of pollutants to leach into the environment. These toxins typically enter the water supply from lawns, construction sites, areas affected by illegal dumping, and improperly stored hazardous wastes. People working in these higher-risk areas should follow the EPA-recommended best management practices for stormwater to lower their risk of contributing to water pollution. 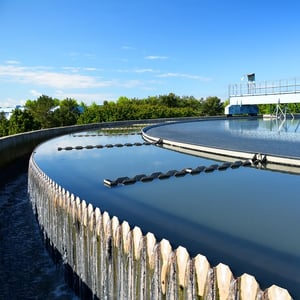 What Is a Combined Sewer System?

Combined sewer systems collect stormwater, sewage and industrial wastewater in one collection system. Like separate stormwater systems, these systems also carry and treat contaminated water before releasing it into waterways. Combined sewers receive excessive amounts of runoff and can eventually overflow during times of heavy rain or snowfall. While separate sewers also experience overflows, separate sewer overflows are far less dangerous than those of combined sewers. Combined sewer overflows (CSOs) cause untreated stormwater and untreated wastewater to spill into nearby water bodies, which endangers the health of our communities and ecosystems and degrades water quality. In this way, combined sewers pose a serious threat to municipalities.

Combined sewers were first installed in the United States in the late 1800s, when the country was experiencing rapid urbanization; at the time, these combined sewer systems were considered cheaper to build than separate stormwater and wastewater systems. Today, combined systems are the more expensive option because they have a higher quantity of contaminated flow than separate systems do and are at significant risk of costly and dangerous CSOs. Despite these major downsides, over 700 cities in the modern U.S. still rely on legacy combined sewer systems.