The wastewater industry was uncharted territory for Joseph Turley, an army veteran and president of PipeView Inspection Services, when he purchased the company in late 2018. But he and his brother, Justin Turley, were prepared to hit the ground running. 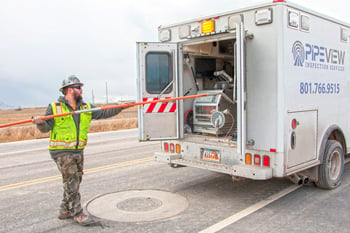 “We saw so much potential in the company,” Joseph Turley says of the decision to take over PipeView Inspection Services, originally founded in 2015. “We just kind of dove into it, and we kept the employees on because they had a lot of experience.”

In just two and half years, PipeView Inspection Services has quadrupled its business.

“There’s been a lot of growth,” Turley says. “We went from having three employees to 12, one camera truck and one Vac truck to three of each.”

Gearing Up for Success With the Right Equipment

When taking over PipeView, Joseph and Justin wanted to ensure their crews would succeed, and a big part of that was having the right equipment.

“The inspection crawler we had when I came on board was like 100lbs—it was big and bulky, and when you’re trying to lift a camera of that size and put it down a manhole that’s upwards of 15 ft. deep, it’s not easy,” Turley says. “We had to have extra guys on the job in order to maneuver it, so we decided to get a demo of the ROVVER X crawler.”

“So Much Easier to Use”

Envirosight’s sales partner in Utah, Colorado and Wyoming, Neverest Equipment Company, came out to demo the crawler’s compact design and maneuverability to the crew. 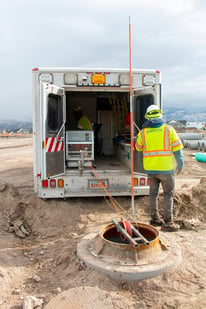 “It was like a third of the size and a third of the weight of the crawler we had been using,” Turley says. “We’ve found it so much easier to use. When initially purchasing, my concern was whether it could successfully pull the cable, or if it would only be able to travel 800 ft. before the weight became a factor. But the way it’s designed, it feeds better automatically and doesn’t actually pull the cable nearly as much as our previous system did.

“We were also concerned about whether we’d still be able to inspect some of the bigger pipes with a smaller crawler, but with a carriage on the ROVVER X, it can do everything that our previous camera could do, plus the added advantage of inspecting pipes as small as 6 inches. We like how it’s so customizable—we can basically modify it to inspect any pipe we need to.”

Other features of the crawler have helped save the crew time on-site, too, Turley says.

“We really like how it’s pressurized,” he says. “With our older camera, we were having issues with the humidity level getting high and making the camera unusable—causing a lot of time to be wasted taking it out and drying it out. With the ROVVER, the camera is pressurized, the transporter is pressurized, and so it keeps that humidity out much better. We have definitely become more efficient. In many situations, we can inspect pipes in almost half the time as before. We can do more and work faster, and when you’re charging by the foot, that’s a big deal.”

Based out of Lehi, UT, the company provides wastewater assessment and rehab services across the state—though roughly 80% of its business takes place in Utah County and Salt Lake County.

“Most of the work we do is for general contractors, as well as some state contracts, and we do a lot of new development,” Turley says. “I’d say about 75% of our business is cleaning and inspecting sewer and storm drain pipes. As part of our growth, we’ve added air pressure testing, hydro excavation, manhole and catch basin testing, root control applications, culinary water line condition assessment, and manhole rehabilitation and point repairs.” 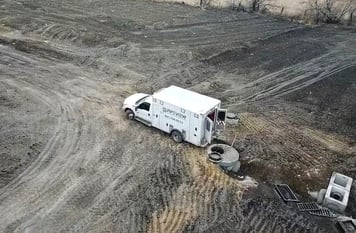 With its service area and offerings growing rapidly, local support from Neverest has really come in handy for the crew.

“They’re my go-to guys,” Turley says. “We were faced with a challenging job where we needed to inspect a 24-inch specialized iron pipe that was 1,500 ft. long and had extremely limited access. With our previous camera, we would have 100% had to turn this job down—there’s no way we could’ve got in there. I had just briefly mentioned the job to Brad Vercimak at Neverest and without me even asking, he went back and actually helped engineer a solution. It worked out really well.”

Becoming a One-Stop Shop for Sewers

The company’s quick growth and success can be attributed to a couple of key factors, Turley says.

“We’ve worked to stand out from our competitors by making ourselves a one-stop shop,” he says. “In this industry, there’s always a very strict timeline for our customers. If we can’t get an inspection done, that means they can’t pave, and that affects their entire project. So we try to be an all-in-one where they can call us and we can come clean, inspect, test, fix an issue if there is one, and just streamline the process to make their jobs easier. We’re very sensitive to our customer’s time requirements, I think more so than our competitors, so that’s how we get a lot of our work. And having the right equipment is essential to meeting those strict time demands, too.”