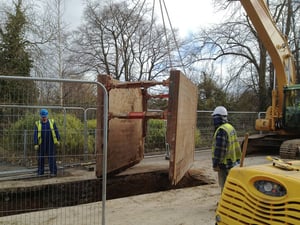 A California construction crew was excavating and installing sewer and water lines at a construction site when its trench began to collapse. Though the 17-foot deep trench had been benched, a large section of wall sloughed off. Unable to escape, a supervisor was engulfed in the soil and killed. Investigators later found that the trench’s sidewalls had been sloped for Type B soil, but it should have been classified as Type C. The case is still under review.

This 2018 tragedy, and others like it, are all too common. In fact, rates of injury and death associated with trenching have spiked dramatically in the United States. The cause of this uptick is still unclear. Trenching and excavating is perilous work, and any number of issues can lead to disaster.

The Bureau of Labor sounded the alarm in late 2016, when it found that the number of excavation- and trench-related fatalities were nearly double the average seen in the previous five years. That year the agency released this graph as well as a warning from Dr. David Michaels, assistant secretary of labor for the Occupational Safety and Health Administration. “Trench deaths have more than doubled nationwide since last year—an alarming and unacceptable trend that must be halted. There is no excuse. These fatalities are completely preventable by complying with OSHA standards that every construction contractor should know." 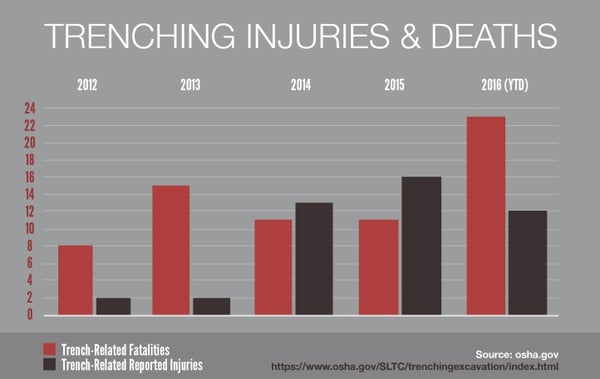 Don’t become a statistic or a news story: Make sure you, your team, and your department are informed and vigilant about the dangers of trench work. Envirosight’s latest safety poster breaks down the basics of OSHA’s mandatory guidelines so you can keep an easy reference in the truck at all times. Request yours for free today: