What is Recycled Water?

At its most basic, recycling water is simply cutting out a few steps in the water cycle. For centuries, wastewater from all sources—residential, commercial and industrial—flowed into lakes and rivers that were then used as drinking water. As communities came to understand the health risk this posed, we began treating water to remove toxins, pathogens and other unhealthy material. Instead of waiting for this treated water to continue its cycle of evaporation and precipitation by releasing it into natural bodies of water, Los Angeles is joining the growing number of communities using treated wastewater to recharge underground aquifers.

But the city will require some convincing. In 2001, LA residents killed a plan to use treated wastewater to recharge the San Fernando Valley aquifer. Policy-makers hope that evolving attitudes and the worst drought the state has seen in decades may change residents’ minds. As it stands, the city dumps about 190 million gallons of treated wastewater per day into the Santa Monica bay. Using that water to recharge local aquifers helps to protect the city against further droughts and works towards supporting the goals of the state’s water plan. As noted in its 2013 California Water Plan Update, “A number of groundwater basins in California have experienced alarming declines in groundwater levels, degradation in water quality, irreversible land subsidence, decreases in base-flow contribution to surface water systems, and subsequent loss of vital ecosystem services.” Though the San Fernando Valley aquifer is currently at safe levels, it has not always been so and may not remain that way. 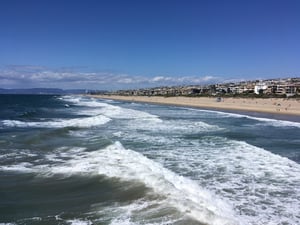 Community sentiment isn’t the only challenge the city faces in achieving its goal. It will also require equipment upgrades at the Hyperion Water Reclamation Plant, new groundwater wells and construction of a 15-mile pipeline, estimated to cost as much as $8 billion. Still, as snowpack levels in the Sierra Nevadas drop year-over-year and future droughts loom, working towards recycling wastewater will lessen the city’s reliance on outside water sources and protect local sources for decades to come.

This initiative will have an impact reaching beyond the city limits as well. As the second-largest city in the United States, LA’s decision to implement an environmentally-conscious water policy like this will help to redefine the way people think about water and wastewater. It will also encourage policy-makers in other cities to reconsider recycled water as a safe, reliable water source for their community.