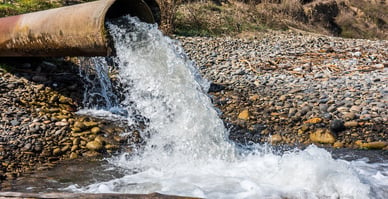 After passing through Congress with nearly unanimous support in early October, the 2018 Water Infrastructure Act (WIA) landed on the president’s desk where it was signed into law. The Act is one of the most comprehensive pieces of infrastructure legislation passed this Congress and will authorize over $6 billion in federal spending on ports, harbors and waterways. The WIA is a combination of the newest version of the Water Resources Development Act (WRDA) that is passed by the federal government every two years and a Safe Drinking Water Act that the House produced. The legislation also authorizes the EPA’s Water Infrastructure Finance and Innovation Act (WIFIA) for two more years and removes its pilot designation.

The 2018 WIA centers around a few specific infrastructure areas, such as flood prevention as well as wastewater and stormwater management. In communities with poorly funded infrastructure, the lack of capacity to deal with stormwater runoff can be as much of a flood risk as the storms themselves. This legislation includes funding for maintaining and expanding these wastewater and stormwater facilities. After several extreme flooding events recently, this funding is seen as a necessity for people living in high-risk communities. The Act makes maintaining and repairing wetlands and levees around the country a priority. These areas can help reduce the risk of flooding but can become damaged from strong storms and heavy rains.

The legislation also pays particular attention to drinking water protection with a specific focus on the community of Flint, Michigan. Flint’s drinking water problems have raised concerns across the country about the safety of local drinking water. This legislation renews and expands programs that help preserve the purity of the nation’s water. It addresses the water needs of marginalized communities by requiring each regional EPA office to assign at least one employee as the point person for minority, tribal and low-income communities. It also includes a provision that requires the government to prioritize low-income communities for lead testing programs.

Some of the biggest news around the 2018 WIA is the large number of projects that are authorized for either funding or study. This legislation provides over $6 billion dollars for the Army Corps of Engineers to assist in over 100 projects across the country. These projects range from flood prevention to drinking water protection. However, not all programs made the cut as some projects were not reauthorized due to being inefficient, irrelevant or not feasible.

Why is this important?


The 2018 WIA is important because of what it accomplishes and what it means to local infrastructure. The funding from this legislation coupled with local-level funds helps improve the facilities that millions of people rely on. Municipalities that get more funding for wastewater management can now better maintain and operate their facilities. The big picture for the 2018 WIA shows a continued dedication to local water infrastructure from the federal level. Even more importantly, we see an agreement from federal and local governments that funding for water facilities is a priority.

Want to learn more about the regulatory environment surrounding water and wastewater? Our new, FREE poster focuses on helping public utility employees understand the agencies and regulations that define their jobs. This infographic-style poster demystifies the Clean Water Act, the role of state authorities, consent decrees and more! It’s perfect for an office, garage, truck or other workspace.

Request your FREE copy of the Water and Wastewater Regulations poster now!