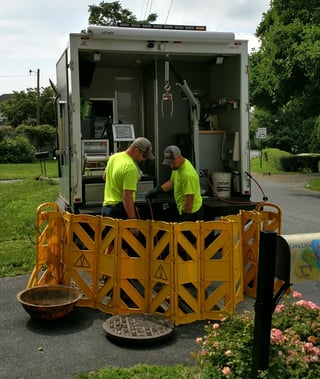 Lancaster Area Sewer Authority (LASA) owns, operates and maintains a sanitary sewer system that serves approximately 37,000 customers. These customers represent about 100,000 citizens and 1,300 businesses across eight Lancaster County municipalities (East Hempfield Township, West Hempfield Township, Lancaster Township, Manor Township, Manheim Township, East Petersburg Borough, Mountville Borough, Columbia Borough). In the Summer of 2016, Vilga was tasked to find a replacement for LASA’s 10-year old lateral launch sewer inspection system. “We faced a lot of service issues with our previous system, and as it got older, the service issues became more expensive and frequent,” says Vilga. LASA relies heavily on sewer mainline and lateral inspections to prioritize their rehabilitation projects, and needed a new system that could keep up with their workload.

Vilga had a predicament: Should he purchase a system from the same manufacturer and suffer the same issues to avoid retraining his crew? Or should he get a more reliable system and risk a steep learning curve? “Lateral launch systems are exposed to harsh working environments and are known for their complex mechanisms, so we decided in favor of a well-engineered camera over something familiar. Our purchase decision came down to the cost of maintaining the equipment—we considered in-house, wear-and-tear maintenance, as well as the cost of equipment failures due to poor design. We’ve been in the business long enough to be able to see a piece of equipment and know how it can fail in the pipe.” 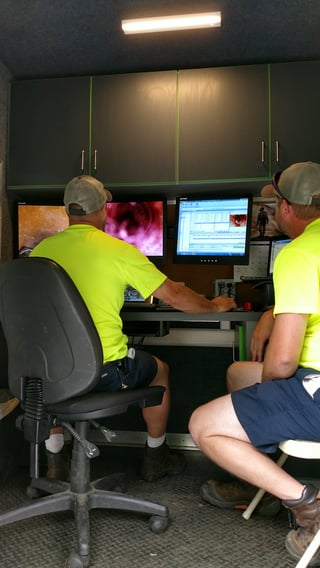 LASA’s collection system includes approximately 560 miles of pipeline, 38 pumping stations, 11,000 manholes and a treatment facility designed for 15 million gallons per day. “A lot of municipalities don’t maintain laterals, however we own laterals to the rights-of-way,” says Vilga. LASA owns approximately 30,000 connections which extend an average of 20 feet. “With a workload as large as ours, we needed a system that was engineered well, and was also user friendly so my crew could hit the ground running.” After looking at a few different systems, Vilga zeroed-in on the ROVVER X SAT crawler. “The engineering spoke for itself; we could see where our old system continued to fail and how Envirosight’s design engineers tackled those issues. The placement of the camera and the system’s compact design were some of the design considerations we were thrilled about. Also, our local Envirosight dealer, A&H Equipment, was very knowledgeable and their local support team was eager to assist. We knew we could rely on them for quick turnaround in case our equipment needed service.

“Even though our operators are experienced, I expected to see our productivity drop initially while they were getting acquainted with the new system. However, our ROVVER X SAT system televised 63,000 feet of mainline pipe and performed roughly 900 lateral launches in its first year, well above our numbers for the year prior.” Vilga attributes this increase in productivity to better technology, user-friendly design and improved uptime since purchasing the ROVVER X SAT.

“Keeping up to date with technology has benefits, but do your homework before you jump into purchasing,” says Vilga when asked what advice he can give other municipalities looking to update their equipment. “Bells and whistles can be deceptive. Look for weak points that may cause problems down the line. Also ask how fast can the equipment be repaired, how close is the service center, and whether the service employees are well-trained.” To learn more about LASA visit http://www.lasa.org. Click below to learn more about the ROVVER X SAT: