On Thursday, September 13, 2018, Envirosight hosted a Q&A Introduction to Cooperative Purchasing webinar. Steve Sebastian, channel development manager for Envirosight, explained the basics of cooperative purchasing and the benefits that it can bring to an organization. In his decades of capital equipment sales and sales channel support, Steve has guided many municipalities and government agencies through enrolling and making purchases with purchasing cooperatives. Check out this sampling of the topics he shared with attendees: 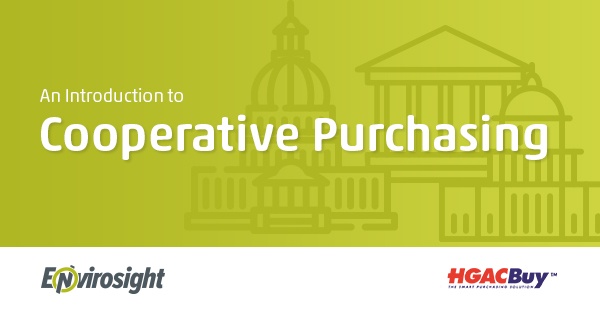 A: In the past, nearly all municipalities used a specification and bid process. They wrote a specification detailing what they needed, published it for two weeks, reviewed bids and awarded the contract to the lowest qualified bid. This system was initially put into place for a few reasons. First, it helped the municipality get what it needed. Instead of a vague referendum, the municipality could name very specific requirements for the equipment. Second, bids ensured that if a specification was written with a certain manufacturer in mind, that manufacturer did not take advantage of the city. If a manufacturer knew it would win the contract, it would likely charge the highest price possible. The spec/bid process limited corruption by opening the bid process to a wide range of vendors, preventing cities from awarding contracts based on personal ties rather than value to the community.


Q: What’s wrong with this spec and bid process?

A: Over time, a lot of infighting developed between representatives and manufacturers about specifications. Manufacturers began to argue that specifications were favoring other brands or were 'proprietary.' This resulted in municipalities producing watered down, vague specifications, defeating the purpose of producing a specification in the first place. So, a manufacturer who may not have presented or demonstrated its equipment won the sale and the municipality was left with whichever piece of equipment they were forced to accept under the guidelines.

Spec/bid also creates a lot of extra work for municipalities. Cities publish a specification that they feel confident about, but then begin receiving complaints from manufacturers. So, they have to issue addendums, loosening the equipment requirements. Each addendum then restarts the 2-week publication requirement, lengthening time spent on procuring the equipment.


Q: So, how did cooperative purchasing start?

A: Cooperative purchasing was a way to meet all the needs of the spec/bid process while speeding up the procurement process and ensuring that municipalities always got the best price.


If you’re interested in learning more about how cooperative purchasing works and how to get started, listen to the full webinar: