Sewer School: Why Do Sewers Smell?

Many of us are familiar with the rotten egg smell associated with sewers. But few people know the real cause behind this distinctive odor. Here’s the rundown on this stinky situation.

What is Sewer Gas? 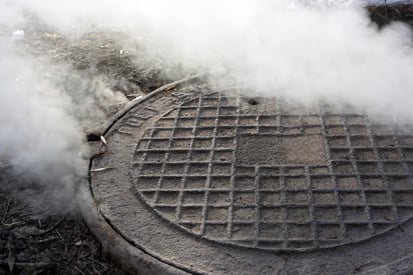 When organic materials break down in a sewer pipe they form hydrogen sulfide, a toxic and flammable gas. Hydrogen sulfide combines with gases like ammonia, carbon dioxide, methane and nitrogen that are present in the pipe to form “sewer gas”. This hydrogen sulfide gives sewer gas its sulfuric, egg-y odor.

Why Do I Smell Sewer Gas in My Home?

The smell of sewer gas inside a building usually indicates a problem with the building’s plumbing system. Sewer gas gets into buildings in several ways. Here are the most common culprits: 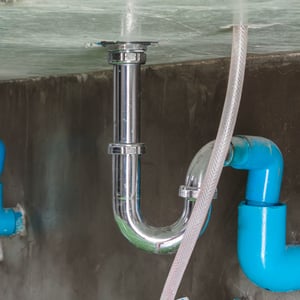 Why Do I Smell Sewer Gas Outdoors?

Municipal sewers, such as street sewers, also experience sewer gas issues. The sulfuric gas can escape through manholes or storm sewer grates, especially those that are further away from pump stations, and into the streets or areas above. As mentioned, sewer gas odors inside buildings are nearly always due to plumbing problems. Dry drain traps in street catch basins, blocks in sewer lines, or the presence of materials that don’t belong in the sewer are other causes of outdoor sewer gas release. These issues are common in older U.S. cities that have combined sewer systems wherein the catch basins for stormwater feed into the same pipes as residential sewage. Outdoor sewer odors can sometimes indicate a sewer main break, so it’s important that municipalities address them promptly.

Why is Sewer Gas Treated? 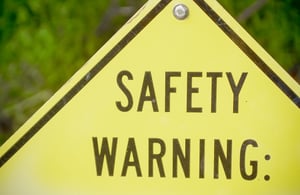 It’s essential to treat sewer gas once it is detected both because of its potential health risks and because it contains highly flammable or explosive gases. Additionally, dangerous chemicals present in many municipal and private sewer systems can combine with sewer gas, making it all the more unstable. Please note: If you think that high levels of sewer gas have accumulated in your home or building, evacuate the space immediately and contact your local fire department.

How is Sewer Gas Treated?

While there are several temporary solutions for sewer gas, wastewater professionals are needed to solve these problems. Plumbers are the way to go for those dealing with sewer gas in their homes or buildings. Municipalities should inspect nearby wastewater assets to identify blockages, leaks or other damages that might lead to aboveground odor. Rehab, cleaning, and/or chemical smell neutralizers may be recommended.

Ready to get the bigger picture when it comes to wastewater operations? Request Envirosight’s illustrated sanitary sewer system reference poster: