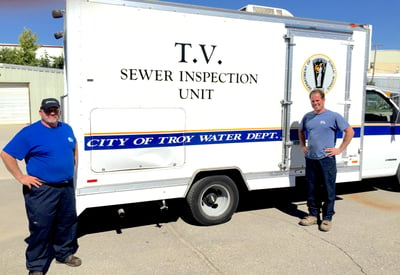 Situated 20 miles north of Detroit, the City of Troy, Michigan is no stranger to awards and accolades. In fact, just last year the City was recognized as a leader in sustainability, and as one of the safest cities in the United States—among 11 other awards. The City and its employees take pride in being proactive and ahead of the curve—and with 2.3 million feet of sewer pipe, they have no choice but to be.

Three years ago the City Water Department decided to pull the plug on their existing crawler—downtime was becoming excessive and it just couldn't keep up with the City's demanding inspection workload. With help from Bell Equipment, they zeroed in on the ROVVER X. Its design, versatility, and upgrade potential appealed to the City's proactive mindset.

“With experience from our last system, we had a good understanding of the harsh reality that sewer cameras face. We decided to be practical and get a back-up camera,” says Andy Willetts, the City’s Water Department Leader. The City's purchase was funded by the Michigan Department of Environmental Quality’s Stormwater, Asset Management and Wastewater (SAW) grant program. This grant awards up to $2 million per municipality to develop asset management plans for their stormwater and wastewater systems, and had strict guidelines on the amount of sewer camera inspections that needed to be completed. Little did Troy know, productivity wouldn’t be an issue. ROVVER X’s unrivaled uptime, combined with coordinated support from Envirosight and Bell Equipment, help ensure the city meets its ambitious targets.

The City’s operators do most of the camera service and preventative maintenance in-house. “Before Envirosight, we would approach servicing our system with little-to-no guidance from the manufacturer,” says Willetts. 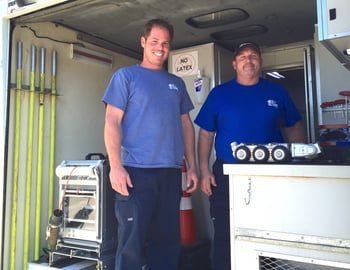 “But when we switched to Envirosight, that quickly changed. We were invited to Envirosight’s New Jersey-based headquarters, where we attended hands-on training with their service team. They made sure we were equipped to service the system, and made sure we knew that we could rely on them for support if anything went wrong. That, combined with the regional support we get from Bell Equipment, Envirosight’s regional sales partner in Michigan, gives us the confidence we need to log an average of 2,000 feet of sewer inspection on a daily basis.”

"The key to our success is the people that work in our crew—Rick Greenwell, Scott Carruthers, Erick Odett, Tim Davis, Vince DePauw, Cliff Insana, Ken Zabik and Mark McCullum," says Willetts when asked, about the Water and Sewer Division’s achievements. "They understand the importance of the work we do, and treat operating the camera truck more as a privilege than a job. The camera operators, in conjunction with our partners at Bell Equipment and Envirosight, ensure that our division works like a well-oiled machine." 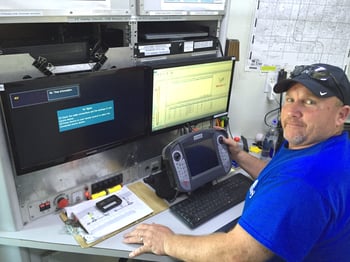 What struck me most about working with Envirosight is how seriously they take user feedback,” continues Willetts. “On several instances we had suggestions, and they were immediately heard and taken into consideration by the Envirosight product team”. Today, the City of Troy also owns a Verisight push camera and a Quickview zoom camera.

“Having a dedicated team and investing in the right technology is the cornerstone of success for any water and sewer division,” concludes Willetts. “With ROVVER X, we’re able to do up 1000 feet of inspection in a single setup and go through 90-degree bends with ease—and that’s huge for us. In order to stay on top of our workload, we need to maximize our efficiency while still doing quality inspections. ROVVER X is built to do just that.”

Stay updated on customer spotlights by subscribing to Underground Intel. This e-newsletter will keep you in the loop with the latest industry news, white papers, and other valuable information.