Located just an hour north of Seattle, Lake Stevens Sewer District is home to approximately 32,000 people and 13,600 sewer connections. For nearly six decades, the District contracted out its service and CCTV inspection needs, but once its leadership did the math, they found that this process was costing the department as much as $2,000 a day. In 2016, Lake Stevens decided to remedy the problem and 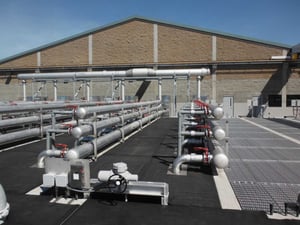 move inspection operations in-house, and to purchase its own sewer inspection equipment. Not only would the solution be cost-effective, but it would also give the organization more control over the scheduling, prioritization and long-term planning of its sewer maintenance.

For Jonathan Dix, the District’s manager of maintenance collections, identifying the right equipment wasn’t difficult. For Dix’s first 22 years in the sewer industry, the various organizations he worked for used heavy, clunky crawlers that required gear and transmission repairs on an annual basis. These were frustrating to use, but the equipment was familiar and had been selected by his predecessors. Then, in 2011, he attended WEFTEC, the Water Environment Federation's Technical Exhibition and Conference, and saw Envirosight’s sewer inspection crawler in action. The ROVVER X left a lasting impression on him and his team, and he added it to his wishlist. When Lake Stevens Sewer District decided to invest in its own equipment, Dix knew exactly what he wanted.

The District manages 30 lift stations, 13,600 sewer connections, and 116 miles of pipeline—some of which runs directly underneath the lake itself. These quirks and unique arrangements make accessibility to certain stretches of the system incredibly challenging; large portions of the system had never been inspected. But only two years after purchasing the ROVVER X sewer inspection crawler, Dix reports that three-quarters of the system has been inspected for baseline health. 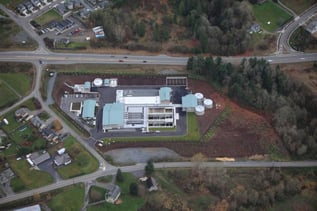 The current proactive inspection process is also a departure from previous tactics. The team once focused on sending CCTV in to places where the District knew it had backups and other issues. Proactively inspecting has helped Lake Stevens Sewer District avoid more extensive rehab projects. Additionally, the equipment has already paid for itself by quadrupling production at a substantially lower rate than contracting out the work, making it an extremely cost-effective solution. The team of nine workers has seen savings greater than the total cost of the equipment over the past three years as well. Dix notes cost-savings coupled with versatility and ease of use among his favorite attributes of the ROVVER X.

Yet when it came to tackling a 2,700-foot stretch of 10-inch cast iron pipe directly under Lake Stevens, Dix’s team worried no crawler would survive the journey, let alone provide the quality of footage needed to complete detailed analysis. However, with the help of some creative problem solving and the ROVVER X’s compact design and durability, his team was able to conquer this section of pipeline. Dix explains that “there were bends in the sewer mains without access points, making this bit particularly

challenging. We managed to pull the camera through the line with a rope. The ability to disengage the clutch was also especially helpful, since it meant we were able to get the footage we needed. We worried about the ROVVER X, but the crawler’s compactness and mobility made the entire thing go flawlessly.” And fortunately, the lake line was in surprisingly good shape considering it was installed in 1967!

Today, the District utilizes its sewer inspection equipment to assess a range of pipeline assets. On any given morning, you can find Dix and his team conducting 1,500-2,500 feet of inspections and working on comprehensive planning. Whether it’s identifying repairs, potential failure points, or instances of inflow and infiltration, the team relies on its ROVVER X to be its eyes in the ground, and on WinCan software to create reports, analyze data and manage workflows. Beyond the robust maintenance program, the District also conducts community outreach and education.

The Lake Stevens Sewer District benefits from support from its chamber of commerce, the local school system and the municipality. One year it hosted an event that allowed kids to steer the crawler in mock pipelines. Dix remembers children fighting for a turn to control the ROVVER X. The District’s outreach programs, headed by General Manager Tonya Christoffersen, are age-specific and run from elementary school all

the way through high school. From toilets to trade school, students learn about their wastewater systems and infrastructure. These lessons also get students to share what they’ve learned with others in their household, like parents and siblings. The programming allows Lake Stevens Sewer District to build a positive relationship with the community and keep its residents informed about important sewer-related matters.

Running a sewer District can mean more than just conducting pipeline inspections and fixing urgent repairs. Lake Stevens Sewer District is a model for demonstrating the positive results that come from investing in proactive system-wide inspection and how the right equipment can make it possible. Not only has their initiative let them tend to neglected lines, it’s helped Dix’s team better understand the system as a whole. Having this data on hand means the District has more visibility on what’s happening, so it can better predict and prioritize issues. In conjunction with in-field efforts, Lake Stevens has worked to be a known entity within the community through its outreach and educational events. Targeting kids and emphasizing practical lessons on what can and cannot go down drains, the science behind water and wastewater systems, and the career opportunities available is mutually beneficial. While municipalities sometimes only have the capacity to focus on the pipelines themselves, Lake Stevens Sewer District proves that investing in equipment and in building a strong relationship with its community can bring about the best results.

To learn more about the ROVVER X, request a demo.