Growing Population Calls for Upgrades in the City of Tigard

Like many communities in the state of Oregon, the City of Tigard has seen major and consistent growth in recent years. With an annual population growth rate of 2.67% in 2017—a trend that’s only projected to continue—the city has had to take a step back and reassess how it manages its sewer maintenance operations, among other processes, to keep up with the increase in demand.

Currently, the City’s wastewater and storm

“We are stressed for equipment and manpower, as a lot of growing cities are,” says Rob Block, the City’s wastewater and stormwater operations supervisor and a 20-year veteran of the department. “We are trying to add to our fleet.”

The current population of Tigard is around 54,000, and the City’s sanitary system is 100% dependent on gravity, with no pump stations or pressurized components.

To keep up with their changing needs, the department decided to acquire more efficient inspection equipment. Their old crawler system required specialty parts from overseas every time it needed repairs. When the inspection camera broke, it was down for weeks. So the team began looking into other options.

In 2016, the department purchased its first ROVVER X sewer inspection crawler, which it had retrofitted in a truck. And early in 2019, it purchased a second. 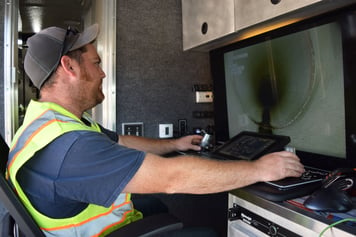 “The crew that runs the equipment, they liked the Envirosight product the best,” Block says of the decision to purchase the ROVVER X initially. “Part of that was how light it is, how maneuverable it is, the ability with that particular product to basically take the reel, disconnect it from the truck, and pack it out into the woods if you need to. And the close-proximity of True North for any maintenance repair.” True North, Envirosight’s exclusive sales partner in Oregon, Washington, Alaska and Hawaii, is headquartered fewer than 10 miles away from Tigard.

A more compact and steerable camera for some of Tigard’s challenging older storm and sewer areas was the city’s main priority when looking for new equipment, Block says.

The equipment has proven to be a great asset for the city’s waste and stormwater systems, and it’s 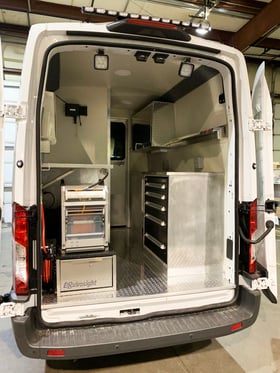 reflected in the numbers.

“It’s increased our productivity by about 20 to 25 percent,” Block says. “We have been able to inspect about 95-plus percent of our storm system, which a lot of was previously out of compliance due to [us] being unable to inspect.”

The operator training opportunities for crew members to better understand the products is another advantage of the equipment, Block notes.

“It’s pretty much problem-free. We like that...there is actually coursework that can be done,” he said.

Completing more inspections than ever before has also made the city’s regulatory agencies very happy, Block says with a laugh.

“This camera can get into spots that other cameras can’t, and it can traverse around obstacles,” he says. “It’s quite amazing when the operators get good at it, what the cameras can do.”