When Eric Werner, the owner of Montana Plumbing Company, saw an opportunity to grow his business by simply acquiring new equipment, he quickly pursued it. 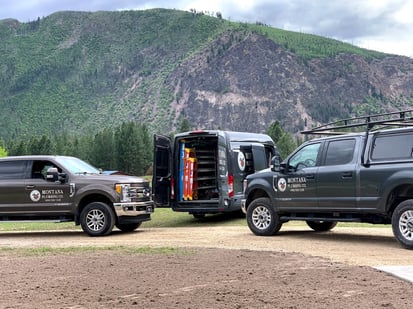 In early 2020, Werner traveled out of state to see another contractor using the new Micro S Light+ rehab cutter from PRT. Thoroughly impressed by its air-powered performance, he later hired that contractor to use the equipment to assist with a project.

Werner proceeded to rent the cutter twice after from PRT, both times amazed by the ease it brought to performing prep and reinstatement work, whether in drains, laterals, or other small diameter lines, he says.

“It just showed how simplified our whole process could be,” Werner says.

Realizing just one product had the potential to open up many doors for the company, Montana Plumbing eventually made the purchase. And in just a short amount of time owning the cutter, Werner says the difference has been night and day.

“Our productivity has increased tremendously,” he says. “And above all else, it has given us the ability to do jobs we couldn’t do before. It allows us to get in and reinstate the smaller diameter pipes, which we were previously having to skip over. The time it has saved us is massive and the amount it has allowed us to do is even greater.”

Recently, the company was tasked with relining a sewer pipe underneath a historic hotel built in 1912 in Dillon, MT.

“A concrete footer was poured around a cast iron sewer line which had rotted out,” Werner says. “We lined the pipe down to the city main and reinstated about 11 branch lines. We absolutely couldn’t have done this job without that tool.”

The Micro S Light+ can be used for both horizontal and vertical work, and travels up to 164’ in 3–9” lines. Having that distance capability, matched with its cutting power, allowed the crew at Montana Plumbing to complete the job successfully, Werner says.

Growing in the Industry

Werner started Montana Plumbing Company in 2016 out of his garage. Now a team of 9, the company added cured-in-place pipe (CIPP) to its service offerings several years in, and the crew travels across the state of Montana for jobs. 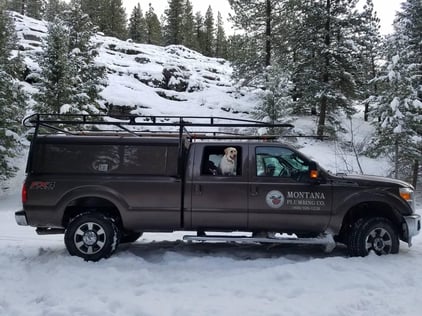 “We got into CIPP because we were doing excavation and replacing sewer laterals and it was just a mess,” Werner says. “We thought there had to be another way to not tear people’s yards up and not have to get guys down into trench boxes. We were just looking for a different solution to the problem.”

Offering CIPP as a trenchless rehab method already helped Montana Plumbing stand out from competitors in the area, but now having equipment like the Micro S Light+ makes them even more unique and equipped to handle challenging jobs, Werner says.

“We are the only ones in our area with this kind of equipment and we know it will allow us to take on specialized work many contractors have to pass up,” he says. “We now have the ability to get into a lot of different things, which we’ll use to our advantage to continue to grow in the industry.”