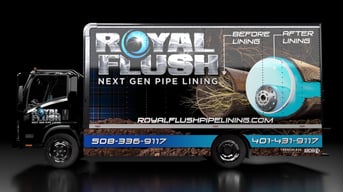 Family-owned and -operated wastewater contractor, Royal Flush, blends both traditional and modern practices into its business. While the company embraces a rich history in the industry and a close-knit team, it’s also quick to invest in new technology that will help it stay ahead of the competition.

“We call it next generation pipe lining because we’re kind of the next generation using the most advanced technologies,” says co-owner Marc Watson. “And we try to solve the problem the first time—offering a solution that’s going to put the customer at ease forever at the right cost.”

Evolving With the Industry

Royal Flush was founded in 1993 by Marc’s father, Jim Watson, as a plumbing, heating and drain cleaning company. In 2005, Marc hopped on board and the duo have worked together to propel the company forward and shape it to meet current industry needs. 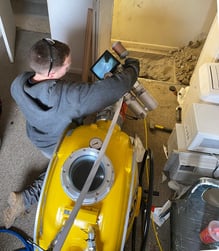 “Over the past six years or so, we’ve really adjusted the services Royal Flush offers,” says Marc Watson. “We now focus pretty strictly on drain cleaning and pipe lining. We purchased a sewer jetter at the WWETT show in 2015 and then started doing patching. Then in 2017, we got into pipe lining.”

“We chose to go that route and purchase SpeedyLight+ because a lot of the jobs being offered were higher risk, and we’ve obviously had a couple failures with hot water,” Watson says. “We just figured it was too risky to continue as we were, but we would be missing out on opportunities. We discovered that the SpeedyLight+ took away quite a bit of the risk and a lot of the stress. We demoed the system and I was sold on it from the fact that SpeedyLight+ offers interchangeable heads. The competitor’s was basically two separate systems, so it was a clear choice for us.”

Just over a year into offering light-based curing, business has seen a major boost, Watson says. And Royal Flush is the only company in its area to offer it. 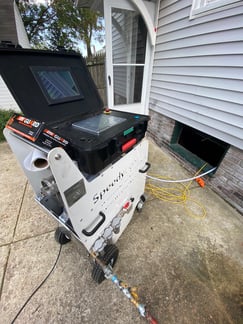 “There’s absolutely been an increase in revenue and jobs we’ve been able to take on,” he says. ”And there’s been a huge increase in morale with the guys here because the stress level with the jobs is way down. That’s enormous—especially when you’re working at night.”

The efficiency the system offers has provided Royal Flush with many more opportunities and a lot more confidence on site.

“We’ve done a couple different crazy shots in hospitals, or underneath the cafeteria at a private school up here—keeping them up and running and completing the work as fast as possible,” Watson says. “Almost everyday we see challenging jobs—the main difference now is being able to perform the work quick enough that the business doesn’t need to close, while knowing our own efforts are going to be successful. We’ve done a lot of doctor and dental offices which are only closed for the weekend, and we’re able to do that confidently with SpeedyLight+.

“We just completed one recently underneath a trailer park—175 feet of 6” with four reinstatements, and again they were only down for the day. With any other system you’d still be filling with hot water,” Watson says with a laugh.

Alongside the boost in jobs, safety and confidence for the team at Royal Flush since purchasing SpeedyLight+, has come reliable support and service from PRT to back it, Watson says.

“I work closely with Nick Sebastian at PRT and he’s been absolutely phenomenal with response time, and the service team down in New Jersey have been amazing as well,” he says. “Everybody has been very good and very timely to make sure we stay up and running.”

Royal Flush serves residential, industrial and commercial customers across Rhode Island and Massachusetts. The company is currently undergoing a rebrand to modernize its aesthetic as it looks to the future in the industry. 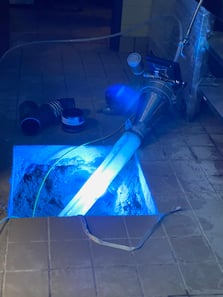 “In the next five to ten years I’d like to get into mainlines with UV as well,” Watson says. “We’ve hired an outside sales guy who goes after commercial and municipal accounts, and we also hired a marketing team to do a lot of our residential advertising. But I don’t really want to have a huge company—I want to have a small group of people that I can manage and know when each person’s birthday is. I want to keep morale up—I don’t just want numbers.

“We’re happy with the track we’re on and want to continue trending as we are—investing in equipment that helps us be better. Since I started in the lining industry, the SpeedyLight+ system has been an absolute game changer for us. Our revenue has gone through the roof and I honestly wouldn’t look back—I wish we would’ve done this five years ago when we started. If I could add another one to our fleet right now, I would.”

Learn more about SpeedyLight+ or schedule an on-site demo with one of our experts: